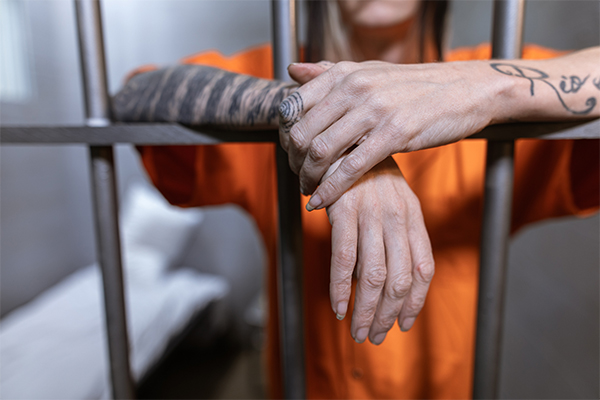 Artificial Intelligence (AI) is a tantalizing new tool for businesses and institutions to learn almost anything from the data science it provides. But as a young technology there are still pitfalls to using AI.I recently came upon an article by Reuters “U.S. Prisons Mull AI to Analyze Inmate Phone Calls” by David Sherfinski; Avi Asher-Schapiro, that was similar to several of the news stories I based my new novel “Database” upon.

Spying on prisoners could be the canaries of our future society where AI-based systems spy on all of us all the time to maintain order. It’s already started in China and Singapore. The UK with more cameras per person than any other country will likely be next. And then will the U.S. follow suit?

Yes, AI can transcribe inmates’ phone calls to a certain degree of accuracy. It will analyze their patterns of communication and flag certain words or phrases, including slang, that officials would pre-program into the system. But, technology still has its limitations that can affect the accuracy of the transcription including:  a poor connection, dropped calls, poor audio quality, background noise, various accents and even inadvertent racial bias built into the programming.

The Reuters article noted that researchers found that Amazon’s automatic speech recognition software Transcribe had an error rate for Black speakers that was nearly twice as high as for white speakers.

Here is an example of a call analyzed by Amazon Transcribe.

Prisoner advocates and families of inmates are warning of the risks of error, misunderstandings, and racial bias that could be attributed to an inmate through the use of AI to analyze prison inmates’ phone calls. Add in the future possibility of amassing more comprehensive data that cameras and smartphones can add such as geolocation and facial recognition. Social media, FBI, CIA, and other government records could provide background data, and AI does the analysis.

Several state and local prisons have already begun using AI technology, and the House panel is urging the Department of Justice to consider potential federal utilization and identify shortcomings in the information the tech generates.

You may also recall a book (later made into a movie), “The Minority Report” a 1956 science fiction novella by American writer Philip K. Dick. It describes a future society where three mutants foresee all crime before it occurs. Plugged into a great machine, these “precogs” allow a division of the police called “Precrime” to arrest suspects before they can commit an actual crime.

Fast forward to today and substitute the three mutants with AI.  And then get some prisoners.

This scenario is similar my recently published techno-crime mystery book, Database that explores the power that the illegal development of a national database of all people could offer the government and business. https://www.amazon.com/DATABASE-Just-government-Mitchell-Files-ebook/dp/B08PTKYXGJ